Once upon a time, in a land far far away, (Gateshead Central Library) a team of tenacious teenagers began work on a magical, mystical event. Rozemah Ali tells us all about it:

Muggle Mania had over 90 people attend to commemorate the irreplaceable Harry Potter series. A team effort from the beginning, our team met once a week to discuss ideas and work together to make an unforgettable event. Like the Brownies, we were aware that being prepared was numero uno on the list. That said, rather than selling cookies door to door to fund this event, we are part of The Reading Agency's Reading Activists project, funded by The Big Lottery, which allowed us to work with a budget and meet teenagers who have similar mindsets to ourselves. With this in mind, we set to work. What would interest teenagers? 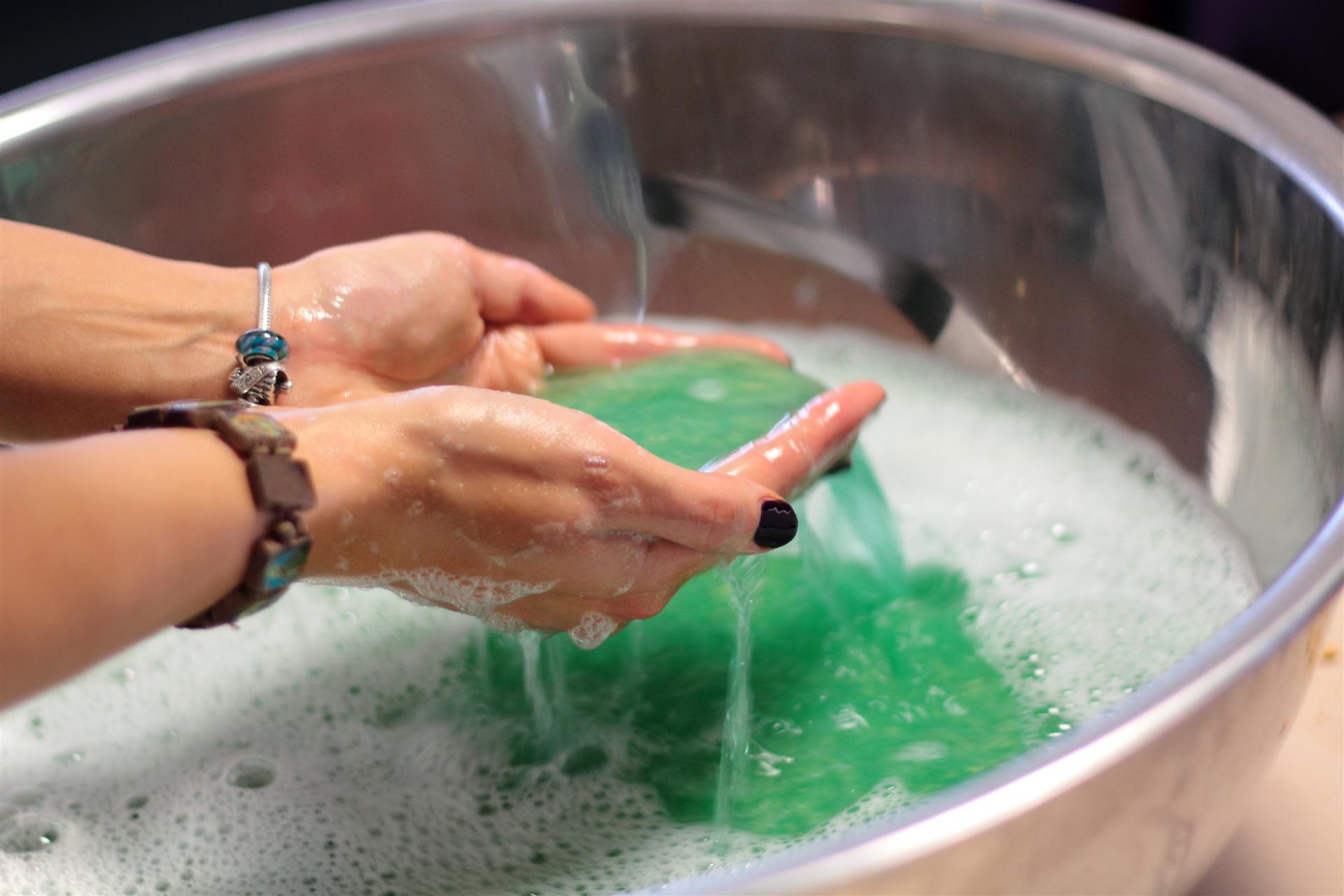 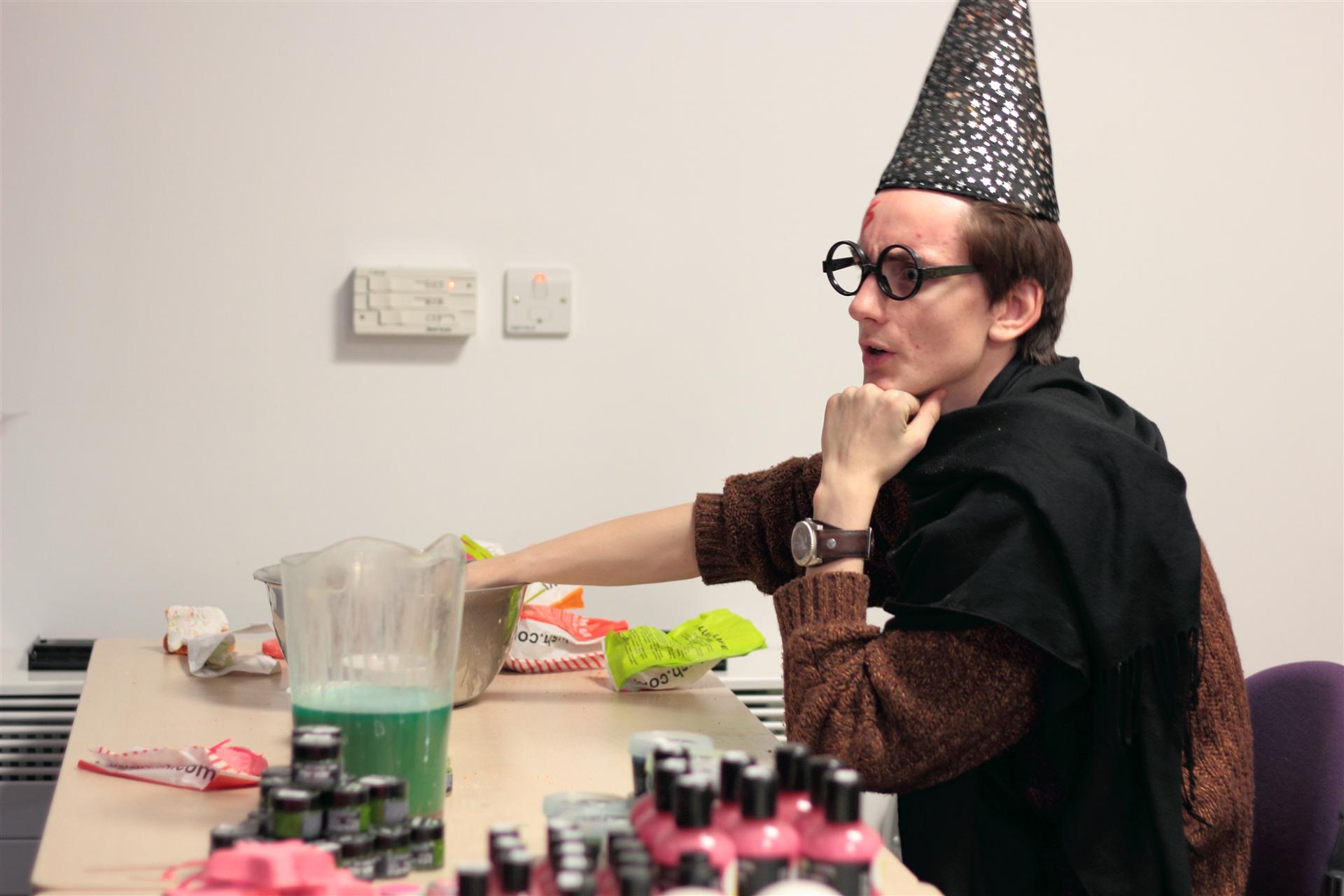 A unanimous decision became clear - Harry Potter. We began by devising a business plan based on a previous library event to determine audience size, budget, ticket sales and various other matters. Evidently, Lord Sugar would be proud. We then proceeded to work according to a timetable devised to ensure we met our deadlines, such as targeting prospective stall-holders and creating activities for the event. By creating a Teen Event Case Study, we secured the presence of a local artist, a sweet-stall owner and the heavenly scented Lush. Preceding this, we sent emails that secured free merchandise and an autographed picture of Daniel Radcliffe! Suffice to say, this caused quite a stir amongst the group. 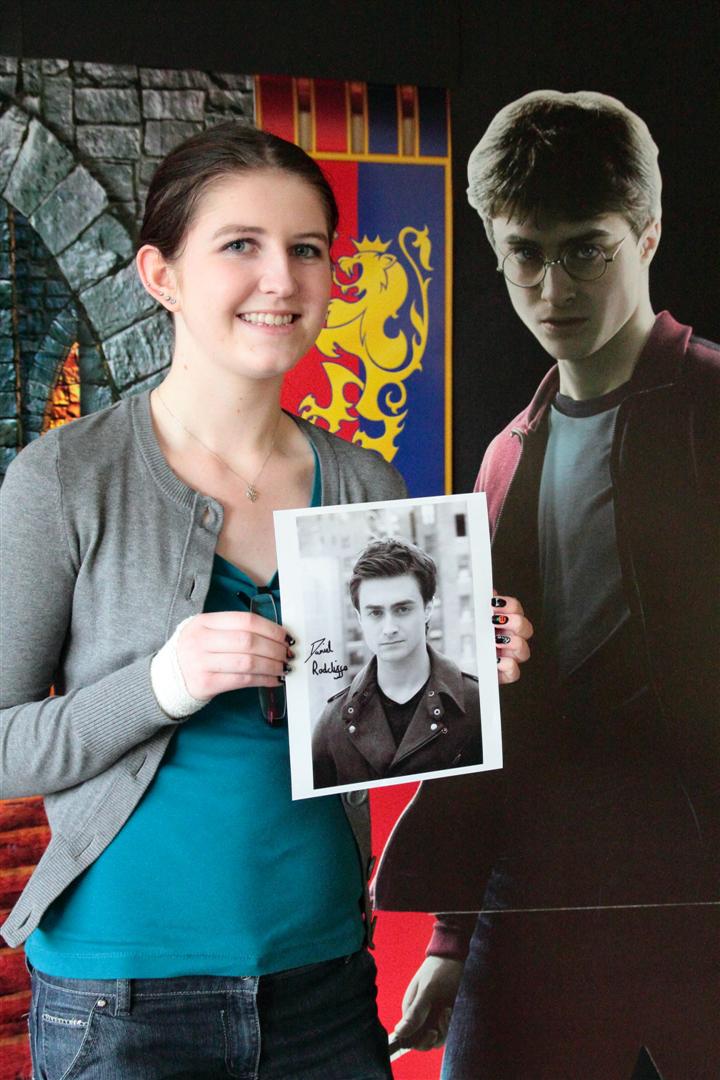 A floor plan alongside a minute-by-minute plan made sure things went off without a hitch and we all knew where we'd have to be on the day of the event. Letters and plans aside, the meetings once a week enabled us to interact and have some fun whilst doing something productive. On more than one occasion, it also meant we had an excuse to eat cake and various other sugary products. After a group combination of questions to be asked for 'Muggle Mastermind', we then created bingo cards with a selection of 50 Harry Potter characters - this led to several variations on how to pronounce 'Xenophilius', often with amusing results.

There's no 'I' in teamwork, but we knew to assign tasks to individuals who were exceptional at the task. Whether it was through posters and tickets that truly invoked the Hogwarts spirit, lantern-making tutorials for group members whose artist license barely stretches to drawing stick people or creating riddles for the Treasure Hunt, their achievements must be voiced. With over 100 people taking part in the Treasure Hunt, all those cobwebs and riddles certainly paid off! On the day, the turn-out was spectacular, rather like the event itself. Upon admission, it became clear many people opted for the chance to see the first ever Harry Potter film after the event, thanks to specially designed voting boxes and a single-title screening license obtained exclusively for Muggle Mania. 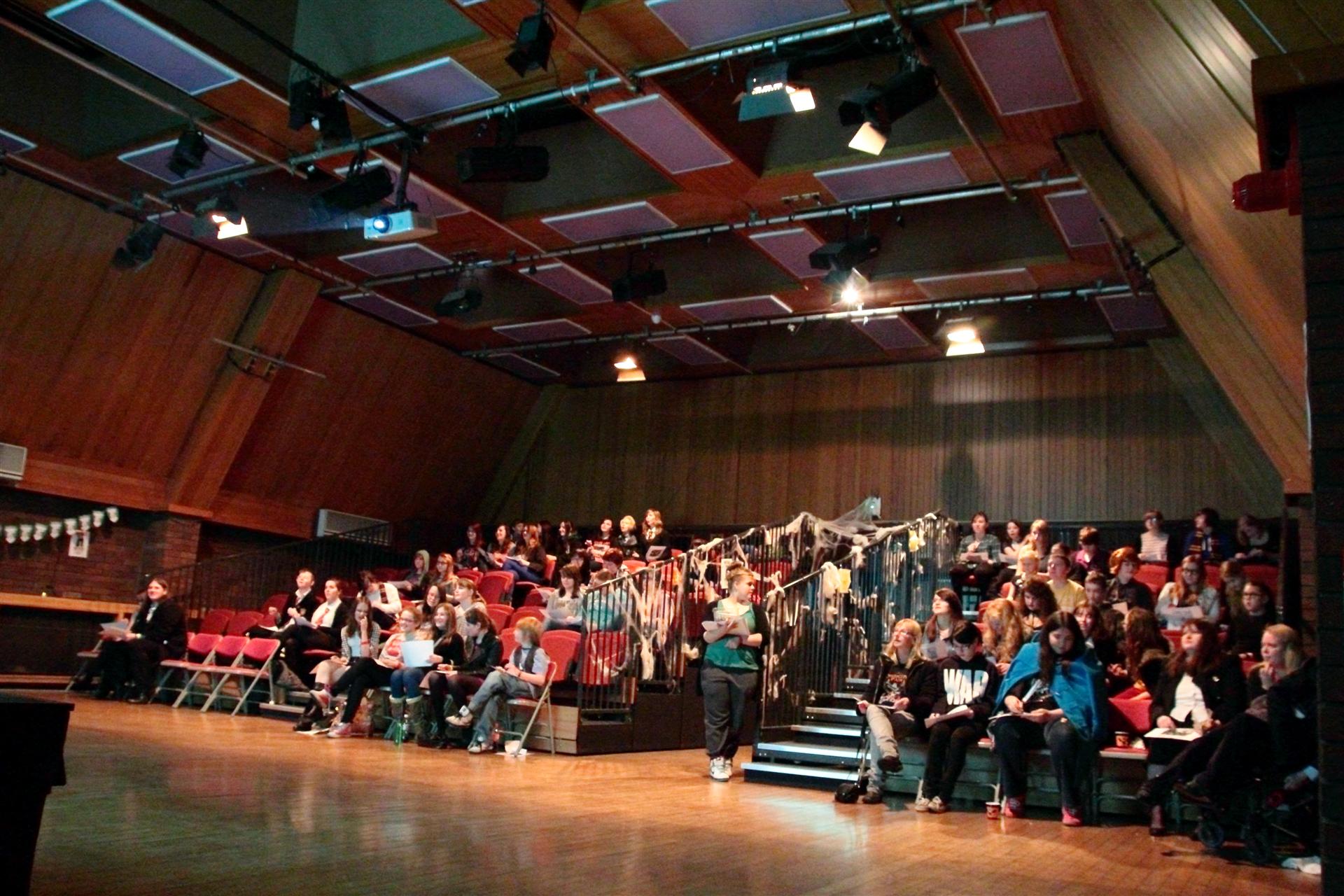 Our feedback was overwhelmingly positive. Was it the potion-making with Lush? Or the free photo with Harry Potter props and official Harry Potter life-size cardboard cut-out? Did the Best Dressed Competition give it the edge, or the creative origami classes? Either way, it's a success story whichever way you say it. It wouldn't have been possible without everyone's individual contributions, but most importantly, who supervised everything. A special thanks to Susan Kershaw, for going the extra mile and doing her utmost to enable our vision to come true. 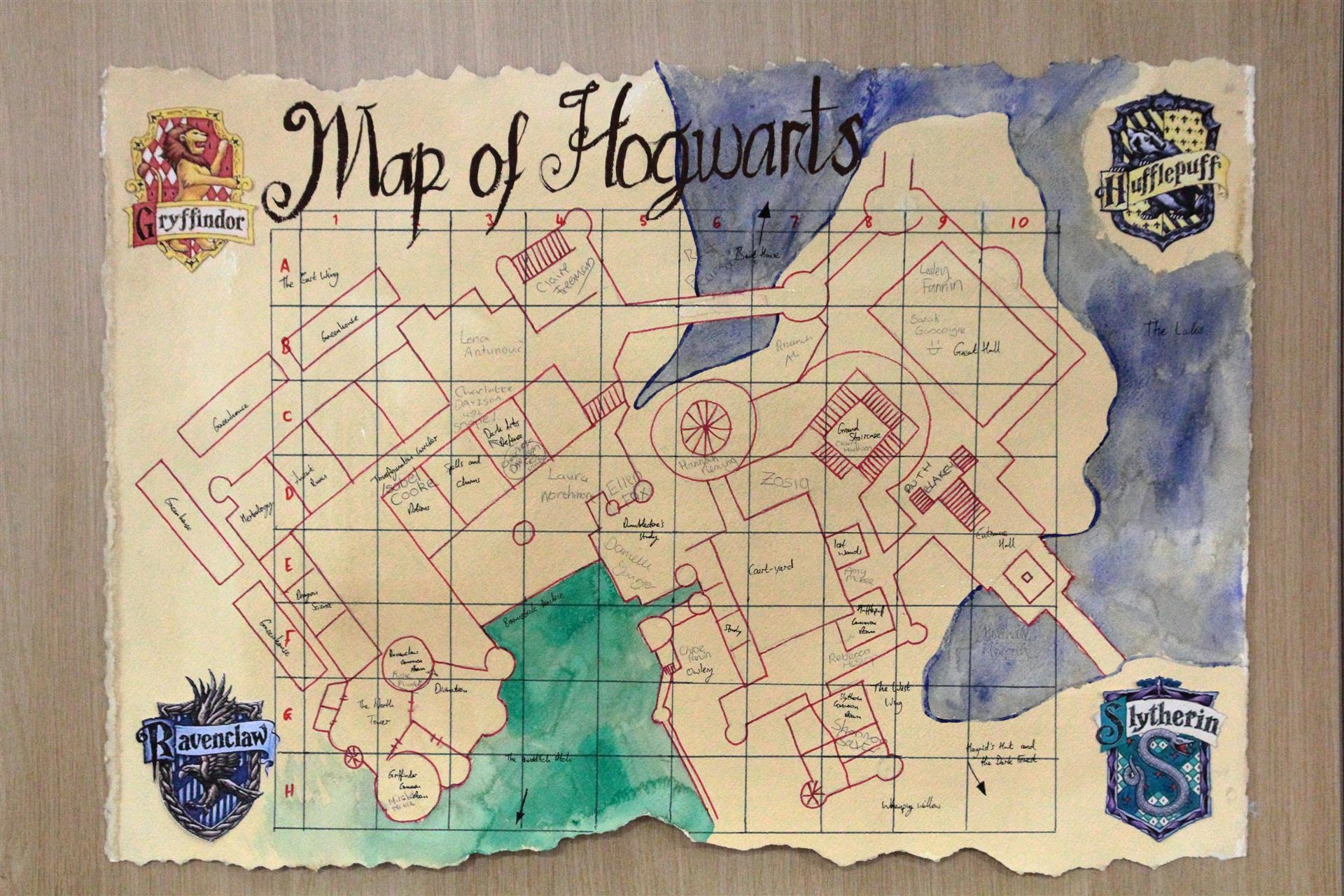 Live in the Gateshead area? Get involved with Reading Activists Gateshead.

Join us on Facebook for the latest news and chat.