Here's a special report from Reading Activists based at Birtley Library, Gateshead, on their recent Dr Who event.

At the end of November Gateshead's Reading Activists, (a.k.a. "Our Say - Birtley") helped the nation's favourite Time Lord celebrate his 50th Anniversary by hosting a special event at Birtley Library in his honour. On the night, over twenty teens turned up to pay tribute to Gallifrey's finest.

They designed Doctor Who T-shirts and bags, played themed games (like "pin the bow tie on the Doctor") and posed for pictures with the 11th Doctor himself! After a quick break for pizza, the youngsters tucked into cupcakes which they decorated with TARDIS blue icing and Doctor Who rice paper toppers. 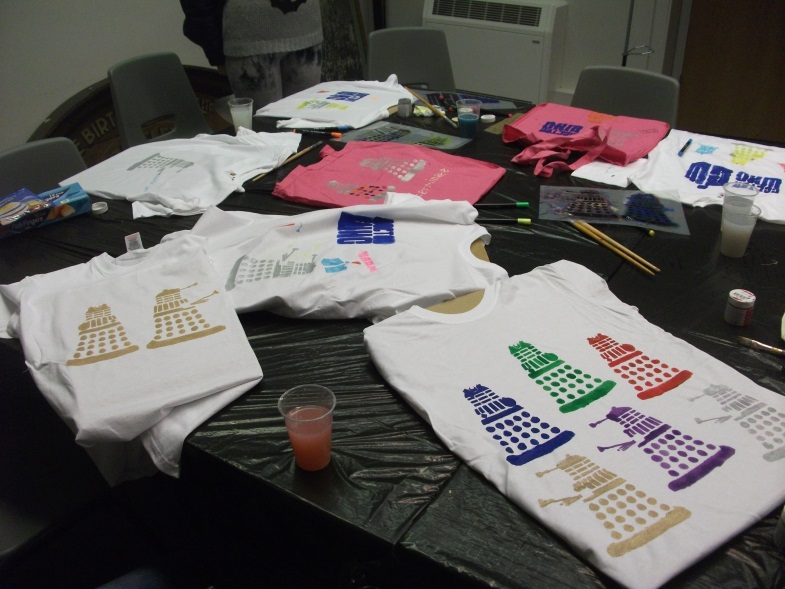 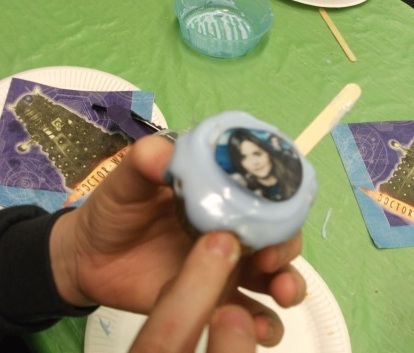 The teens then gathered to watch a screening of the 50th anniversary episode, before regrouping at the end of the night to find out which lucky fan was taking the 11th Doctor home with them as the results of the costume competition and the "Win the Doctor" raffle were announced.The feedback collected on the night was very positive; as one teen put it: "It was amazing. Fish-fingers and custard amazing!" 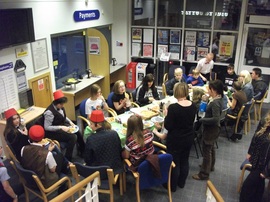 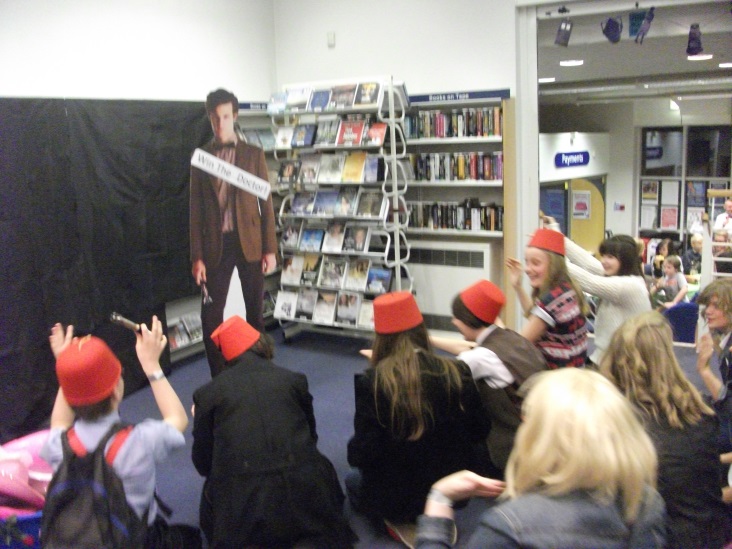 The eight "Our Say" members have worked really hard since September to devise the event - their fifth at Birtley Library. Plans are already in motion for the next one, a Japanese themed evening entitled "2 Kawaii 4 U" planned for Friday 14th February 2014.

Here's what some attendees thought about the event: