Every year thousands of young people across the UK help their local communities by doing amazing voluntary work in libraries. One year on from the riots we hosted a discussion between fourteen young people and our Young People's Ambassador Malorie Blackman, author of the popular 'Noughts and Crosses' series. The group discussed the impact and legacy of the riots and decided that more should be done to champion the great voluntary work being done by so many young people. 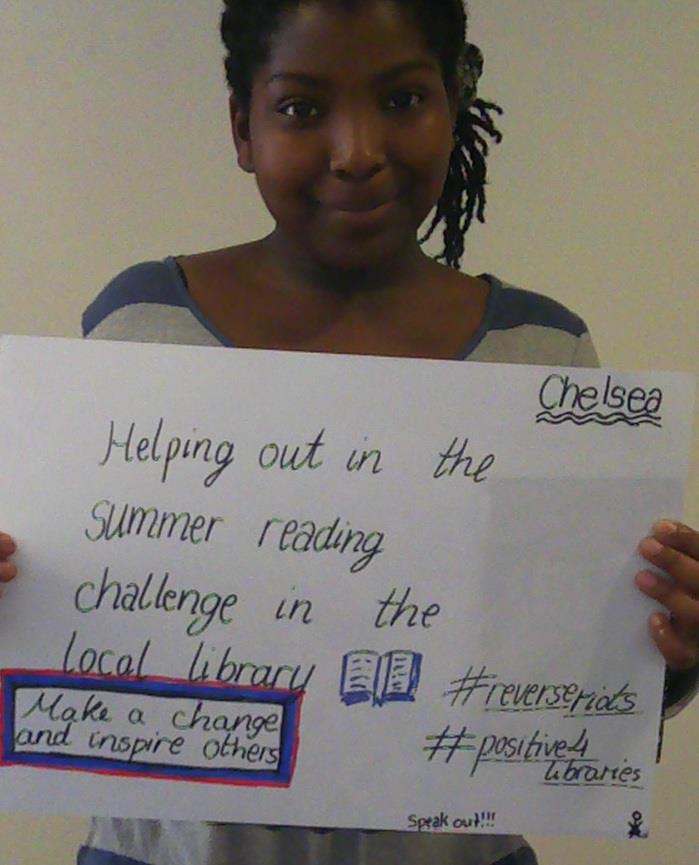 We have received a huge number of amazing stories and photos from Reading Activists, all of which highlight the incredible creative and generous things that the UK's youth are doing to help others.

Tell us what you did this Summer!