The Reading Agency year in review 2013

(Above, October's lecture delivered by Neil Gaiman. Photo by Robin Mayes.)
It's been a tremendously exciting and eventful year for us here at The Reading Agency. As the year comes to an end, we thought it was a good time to look back and remember some of those special moments. Here are our highlights. 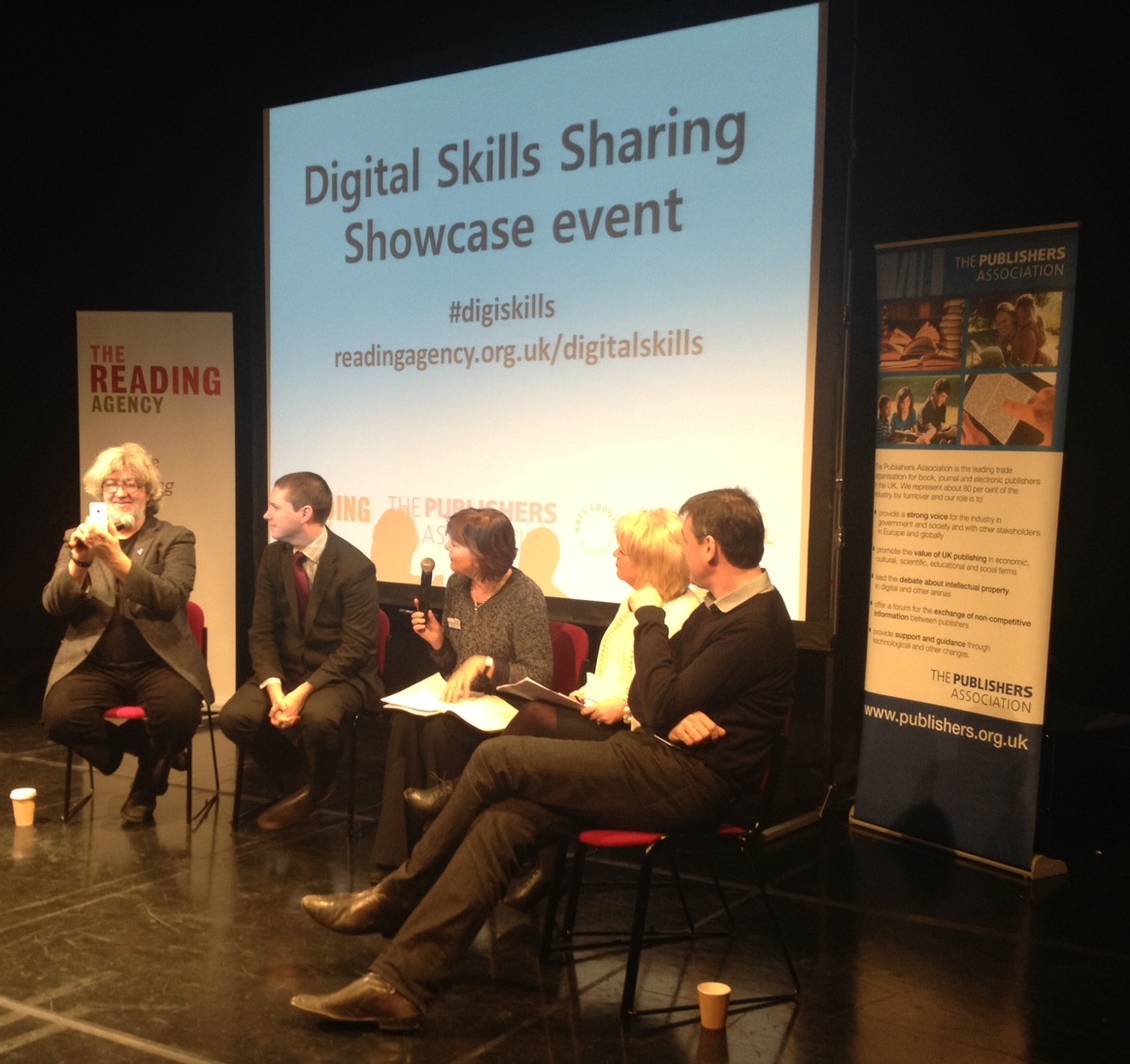 The year kicked off by wrapping up our Digital Skills Sharing Project with an event at Canada Water Library in Southwark. The event showcased the work of six teams of publishers and librarians from around the country who have been working together on using new digital approaches in a ten month-long digital skills sharing project.

Nicky Morgan, director of libraries, Arts Council England, said: "This project has been a valuable tool for libraries and publishers to work together and share best practice in the use of digital technology... You have shown that libraries have something to offer alongside commercial outfits in the digital field. Your work will be contributing to the modernising of library services in the 21st century." 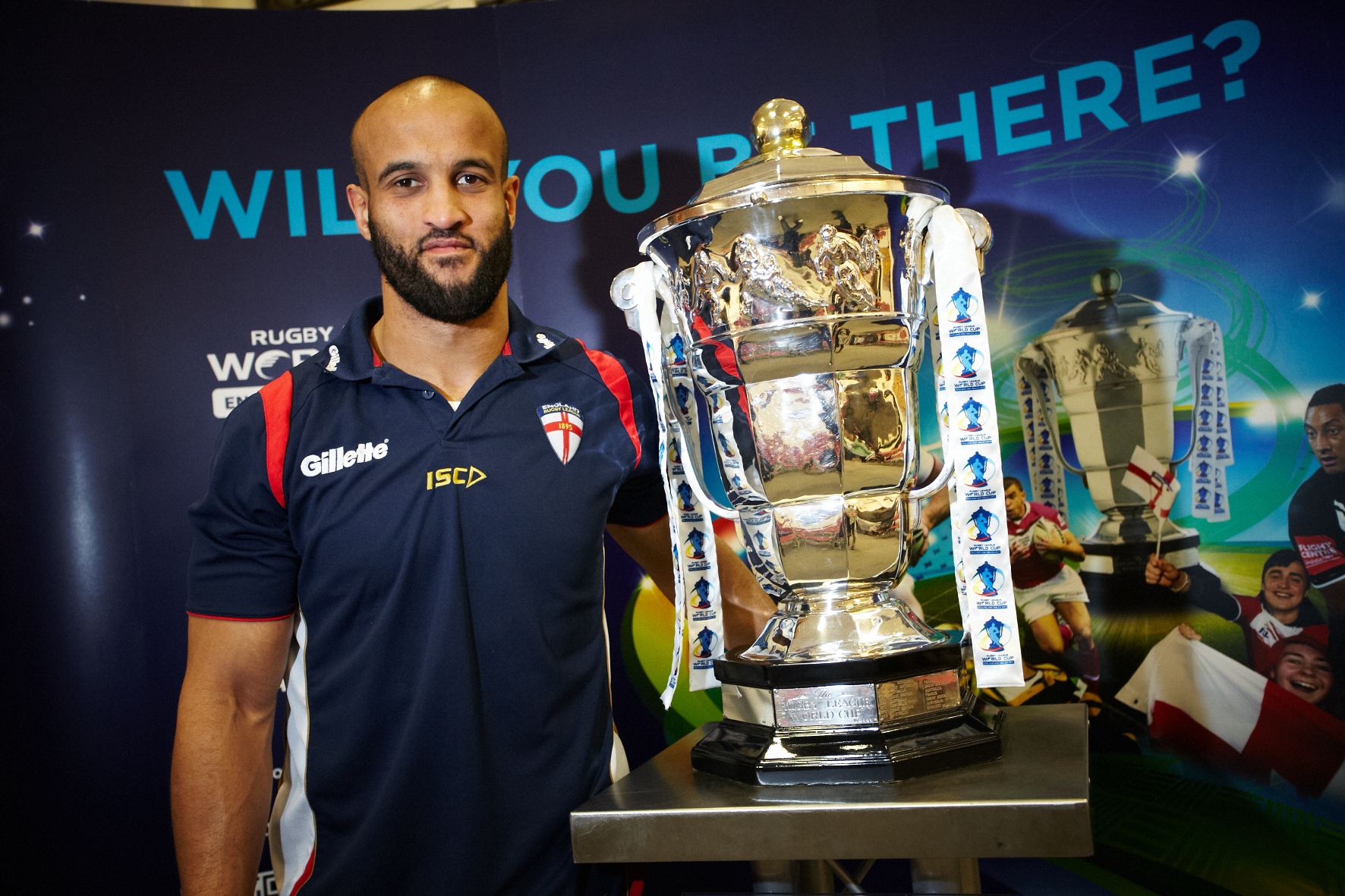 Jamie signed up to take part in a special version of the scheme that was offered this year in partnership with the Rugby League World Cup 2013 alongside 40 families and individuals from the Leeds area.

Although he didn't get into reading until he was in his twenties, Jamie is now a keen reader.

"It's important to make time for reading - it's like food for the soul. My message to any rugby league fans out there thinking of signing up for the Six Book Challenge would be just give it a go. Don't be shy or embarrassed, even if you haven't read for a long time. No one will be judging you and it can only bring you good things."

As part of the library events, we asked children to nominate their World Book Day Top Reads and add them to the Summer Reading Challenge website book sorter, an online tool which helps children find their next read.

On World Book Night 20,000 avid readers across the UK and Ireland joined together to give away thousands of free books to encourage reading amongst their communities. More books were given away through charitable and institutional giving, including libraries, to celebrate the great power of books to connect people.

2,176 libraries took part representing 95% of the UK's library authorities, with 66% of World Book Night givers choosing to collect their books from their local library. Alongside flagship events held in London, Edinburgh and Liverpool, hundreds of libraries hosted events up and down the country.

We were very excited to announce a new partnership with Hay Festival in May. The opening day of the festival featured a special Summer Reading Challenge event attended by the Prince of Wales, the Duchess of Cornwall and 3,000 primary school children.

Bestselling children's authors Cressida Cowell, Jeremy Strong, Korky Paul, the Etherington Brothers, Katherine Rundell and Lauren Child were at the festival and spoke to children about the Summer Reading Challenge as well as signing books as part of the Hay Festival's Programme for Schools day. 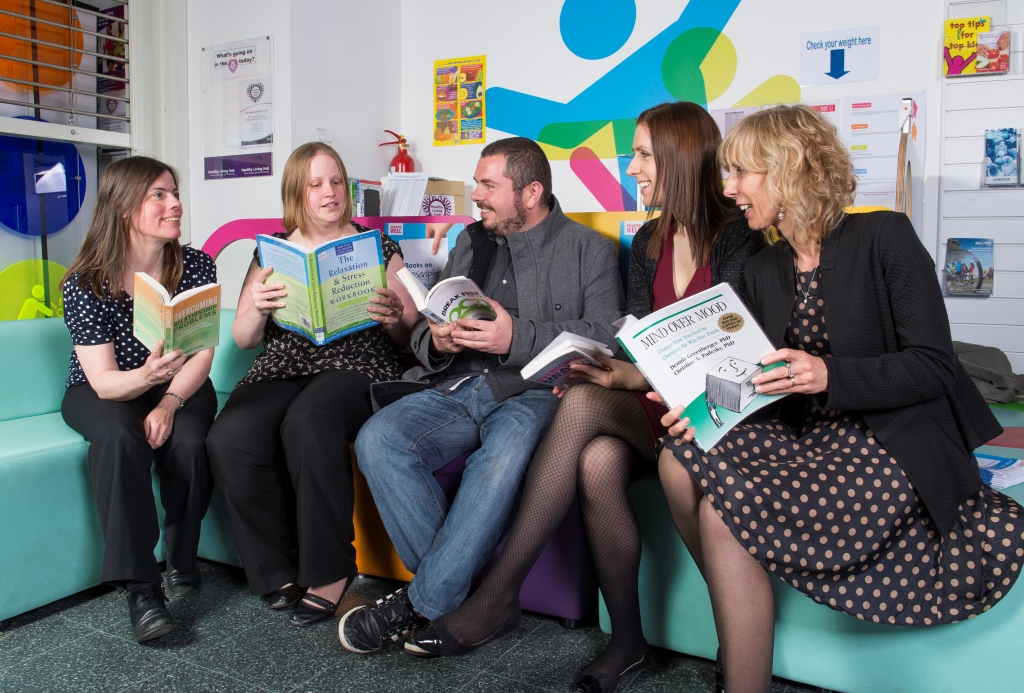 In June we launched Reading Well Books on Prescription in partnership with The Society of Chief Librarians. The programme allows health professionals to prescribe books from the core book list to people with conditions such as anxiety, depression, low self-esteem, phobias and some eating disorders. These expert-recommended books are also available to borrow free of charge from public libraries.

The launch of the scheme was covered by BBC Radio 4's You and Yours programme (starting at 9 minutes), the Today programme and on BBC World Service News Hour (starting at 48 minutes).

In July, thirty librarians joined us in launching the Summer Reading Challenge at the Evening Standard's Get Reading Festival, attended by thousands of children in Trafalgar Square. Summer Reading Challenge Champions Malorie Blackman, Chris Riddell and the rapper Akala performed on stage and roving librarians in the Square signed children up to the library on the spot. We also had a Creepy House marquee where parents could get expert book advice from librarians and children took part in a creepy face competition. 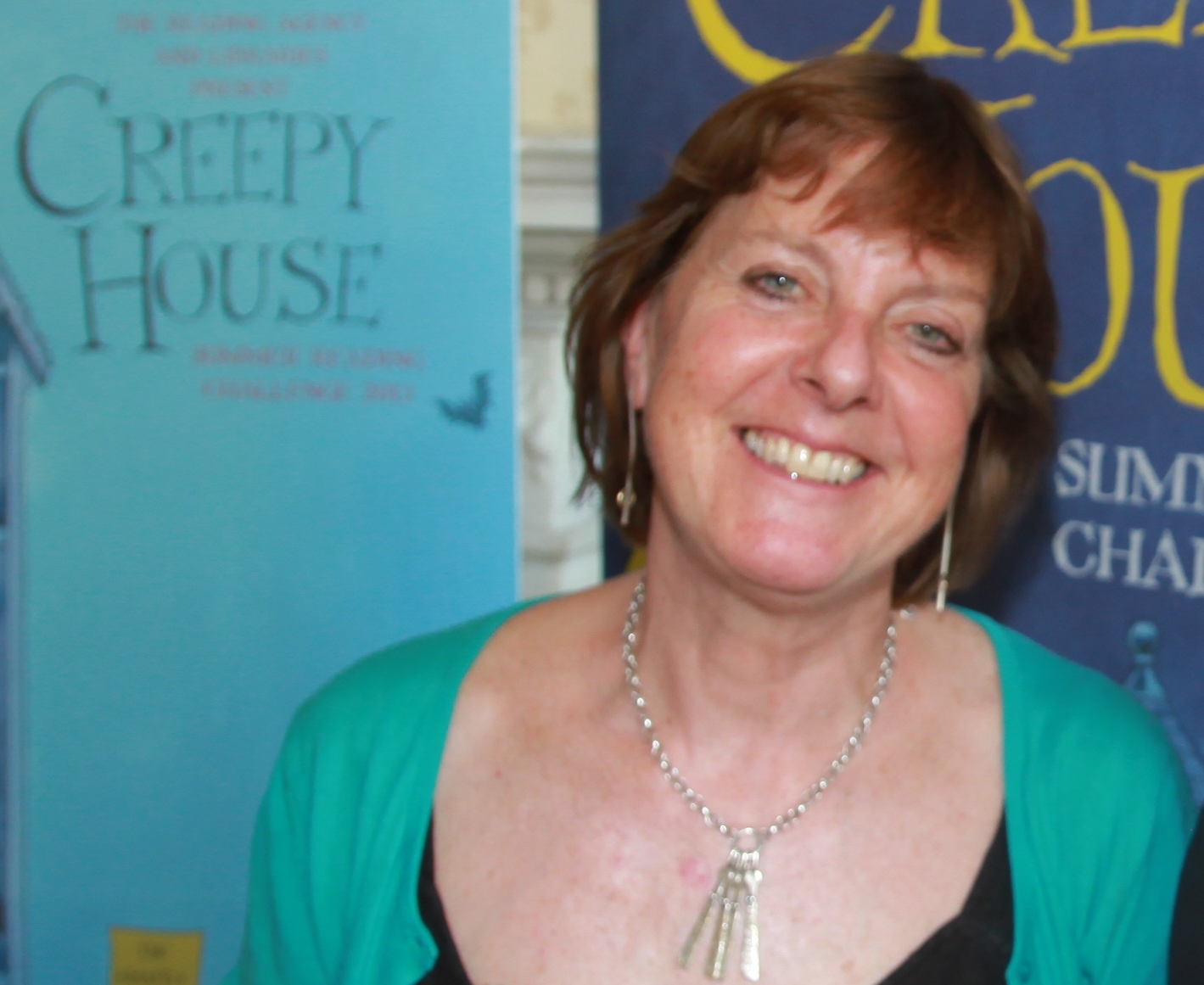 August saw the end of an era for The Reading Agency. Miranda McKearney OBE, our Founder Director, announced that she will be stepping down from her position in December 2013.

Miranda said: "Over the past ten years, The Reading Agency has grown from being an entrepreneurial experiment into a force for change - helping change lives through reading. Through our programmes like the Summer Reading Challenge we have given 7 million people opportunities to become more confident and enthusiastic readers. I'm immensely proud of what we have achieved, but as I approach 60, it's time for me to step aside and for someone else to lead the organisation into the future."


Ten year old Caitlin was the overall winner for her ending to Charlie Higson's story The Wrong Door.

The event attracted many people from all walks of life, and across many different organisations associated with the promotion of reading - authors, executives, ambassadors, youth volunteers and Reading Activists.

Gaiman spoke of the importance of libraries - "we need them more than ever" - as well as the need for children to read fiction, describing it as "one of the most important things one can do". He said there was "no such thing as a bad book for children"

The lecture featured in the media including in The Guardian, and The Independent. 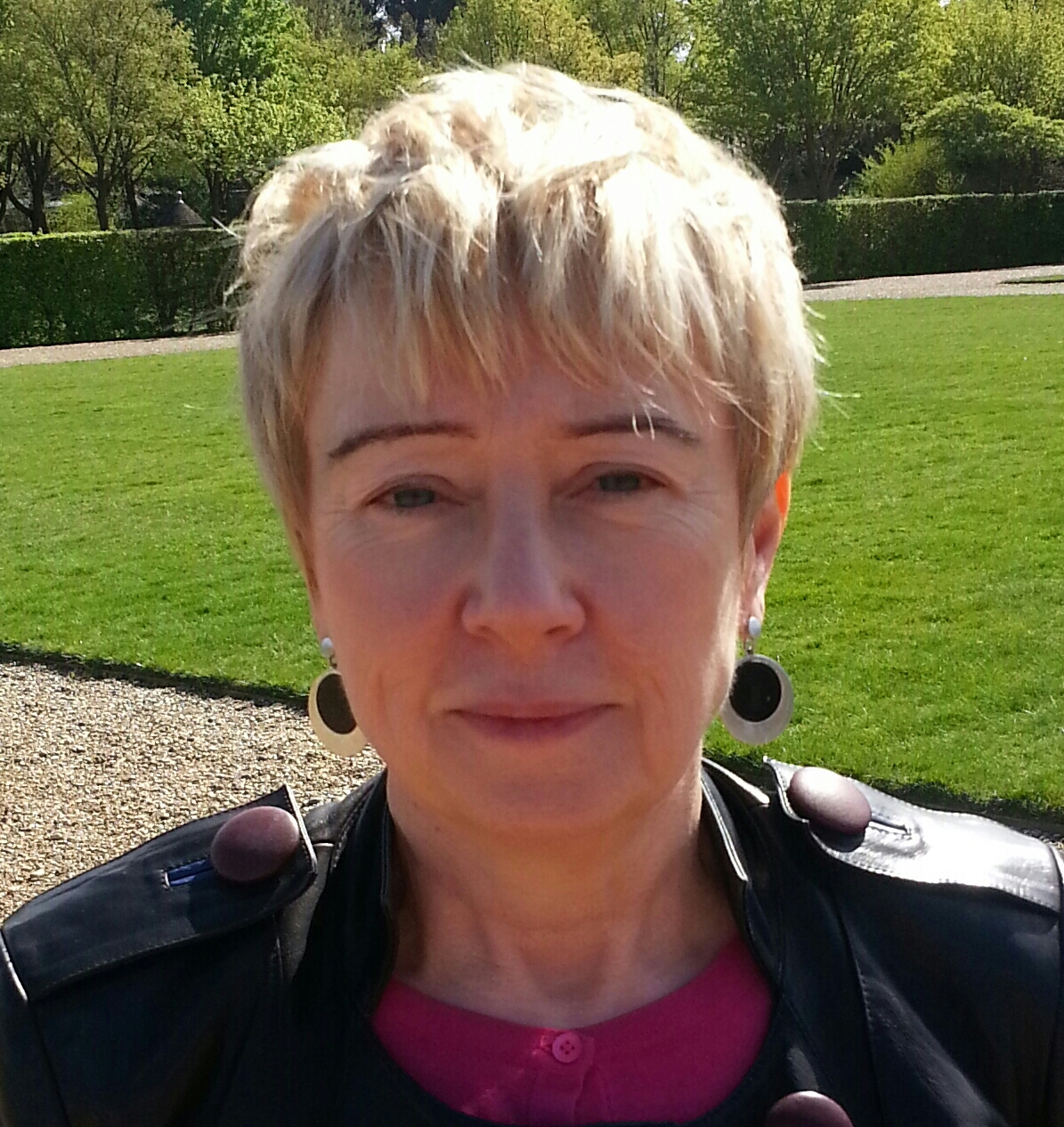 In November, we were pleased to announce that Sue Wilkinson MBE has been appointed as our new Chief Executive. She will take up her post in January 2014, succeeding Founder Director Miranda McKearney OBE.

Liz Cleaver, Chair of the Board of Trustees said: "Sue was the outstanding candidate. She is a proven leader with a passion for reading in all its forms, who has the experience and energy to lead The Reading Agency into the future."

After the performances, signed copies of both books were auctioned off in aid of The Reading Agency raising a staggering eleven thousand pounds.

More Letters Live events will be taking place in 2014 with the next confirmed for 27 March at the Queen Elizabeth Hall at the South Bank Centre.