During the summer we asked children to finish short stories started by six well-known authors, including Jacqueline Wilson, Ambassador of The Reading Agency, and Julia Donaldson, Children's Laureate.

We've announced one winner each week over the past six weeks, and published each winning story on www.story-lab.org.uk/competition. 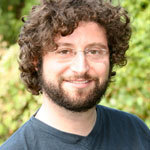 Our final story is The Old Well and was started by Andy Stanton. Andy selected the winner himself and had this to say about Kit's story:

"This story is full of invention - for such a short tale, it's full of imaginative twists and turns. I loved how Buster featured in the plot, and I really enjoyed the atmosphere, which was funny and spooky in equal measure. Well done!"

You can read Kit's story on the Story Lab website. His prize will be £100 of books from Egmont books.

Our other five winners are:

The Day the House Disappeared, started by Jacqueline Wilson was won by eight year old Jessica Wadhia from Watford.

Maddi Dickerson, aged nine, from Felixstow wrote the winning entry to Michelle Paver's Out of the Dark.

The winning entry for Elf Girl and Raven Boy and the Creepy Cave, created by Marcus Sedgwick, was written by ten year old Anna Cane from Oxfordshire.

You can read all the winning stories on www.story-lab.org.uk/competition and one of these will now be announced as our overall winner, and win a laptop, on Friday 19 October.

The Telegraph Finish the Story competition

This year we teamed up with The Telegraph newspaper to hold an additional Finish the Story competition for 7 - 11 year olds. Michael Morpurgo wrote the beginning to a story called 'I Saw the Seal'. The winner was James Bridson and the runners up were Naomi Jones, Hannah Shimwell and Rebecca Jackson. You can read the winning stories on the Telegraph website.

Reading for pleasure is more important to children’s successes than education or social class. The Summer Reading Challenge gets three quarters of a million children into libraries to keep up their reading skills and confidence during the long holidays while Chatterbooks reading groups help build a lifelong reading habit. Because everything changes when we read.

Find out how schools can get involved and benefit from the Summer Reading Challenge.