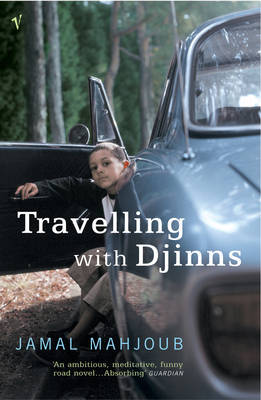 Buy this book from hive.co.uk

Yasin is driving through Europe in a dilapidated Peugeot 504 with his seven-year-old son Leo.

He’s not sure where they’re going. He just knows he’s thirty-seven years old, his wife is about to divorce him and this is his last chance to explain to his son who he is and where he comes from.

The problem is that Yasin isn’t sure of the answer to these questions himself.

Born in the Sudan to an English mother and an Arab father, he has two passports but no national identity.

As he and Leo drift through Germany to Paris in search of Europe’s history, and onwards through Provence to Spain to find Yasin’s ex-lover and his lost brother, Yasin reflects on the tragic-comic ironies of his displaced life and the kind of mixed-up world his son will inhabit.