Mohamed passed his English GCSE because of the Six Book Challenge

We were delighted to hear that Mohamed was made Young Adult Learner of the Year in Niace's Adult Learners' Week Awards in June 2015.

Reading Ahead is the new name for the Six Book Challenge

Mohamed Mahyoub, 22, moved to the UK from Yemen with his family when he was 14. The Six Book Challenge played a pivotal role in his inspirational achievements since then, both in education and in his local community in Warrington. We spoke to Mohamed as he was about to finish his university studies.

Starting year nine with no English

When I moved to the UK from Yemen I had lived in a small village where I hardly spoke any Arabic let alone any English, so going to secondary school in England as a year nine pupil for the first time was scary and a big challenge! Not many people where we live in Warrington speak Arabic. I used to carry a dictionary around with me all the time.

School was hard. By the time I left at 16 I'd managed to get 8 GCSEs including Maths and science ones, but not English.

I enrolled at Priestley College in Warrington to study business, IT and Arabic but also to re-sit my English GCSE. I wanted to study computer science at university and to go into business but I knew I wouldn't be able to get a place unless I had GCSE English, at least at Grade C. I would be the first person in my family ever to go to university - I especially wanted my grandparents to be proud of me. Having come to the UK to give me the chance of a better life I knew they had hopes for me and I didn't want to let them down.

As a child in Yemen I had been interested in reading Arabic stories and I used to ask my older brother to get me them to read, but in the UK reading in English felt like a big challenge; I would get half way into a story and then get lost because I didn't understand what I was reading. 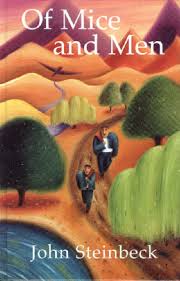 It was my English tutor who first told me about the Six Book Challenge. She thought it would help me with my GCSE. I took out my first two books from the library: one of them was John Steinbeck's Of Mice And Men and the other was a story translated from Arabic into English. Sometimes I would get lost but I could go to my teacher and she would explain, so I stuck at it. I also used Google Translate to help me translate words I didn't know from English to Arabic.

Being able to choose your own books to read, being able to read what I wanted to when I wanted to and in my own time definitely helped me to keep going. It felt less pressured. I used to have an hour or two a week after lessons to go to the library at college, so I would read there or at home. I found learning to sum a story up in a paragraph, in your own words, in the diary a really useful skill to have for my studies - it shows understanding.

Eventually I re-sat my GCSE English. I passed, and I was the happiest man in the world! I'd got the grades I needed to get into university. In fact, I had offers from several universities, but I chose to do computer science at Liverpool John Moores University.

Success in English, business and the community

I worked really hard in my first year and that pushed my confidence further: now I'm in my final year, and my tutors are predicting I could get a first class degree. When I started reading I never thought I'd be able to do things like this, or hold down a job in a company environment, but as part of my university studies I got a work placement with a web development company, and it was great.

I've just co-founded my own web development business called UKByte. I've also co-founded Nativestart which is a multicultural youth initiative in Warrington aiming to build bridges between communities to free people's potential. This started in 2011 when I asked Warrington Youth Club if I could set something up at the weekends. Now about 25 kids aged five to 16 years from different backgrounds come along and I'm in the process of applying for further funding from the Government and John Moores University. I'm also thinking about becoming a teacher.

Doing the Six Book Challenge played a vital role for me in passing my GCSE. Without the Challenge I couldn't have done it and I couldn't have gone on to do all the other things I've achieved. My family are really proud of my success.

Read more stories from people like Mohamed who have improved their employability through the Six Book Challenge.

Read more about running the Six Book Challenge at your college, school, workplace, prison or library.