We're happy to announce that you can now buy tickets for our World Book Night flagship event on 23 April. Authors and other public figures will to the stage at Shaw Theatre, London, to discuss their reading journey and the books that have inspired and shaped them. 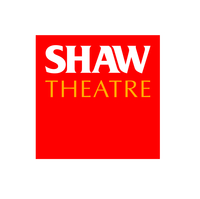 The event celebrates World Book Night's fifth birthday and will be a glittering celebration of reading and the written world. Authors already confirmed include World Book Night 2015 authors Lynda La Plante, David Almond, Elif Shafak, Sarah Winman, Elizabeth Fremantle and Annabel Pitcher. We are thrilled to announce too that Blaine Harden and Akala will also be joining us on the night.

There are also events taking place at public libraries nationwide, including a talk from World Book Night 2015 author Mary Gibson at Blackburn Library; a discussion with Alexander McCall Smith at Edinburgh Central Library and an event with Big Issue co-founder John Bird at Fulham Library.